I was wrong about Rio… 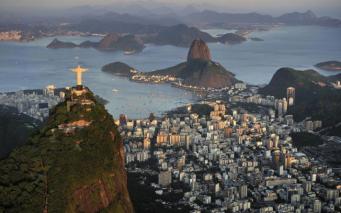 In my blog post, olympic failure? (August 4), I declared my intention not to watch the Rio 2016 Olympic Games, writing, in part, of “my sense of a decay of Olympic proportions…The widespread…use of performance enhancing drugs. The bribery…of international officials in…the rewarding of the Games…(and) Rio de Janeiro faces…the outbreak of the Zika virus, the polluted Guanabara Bay, the site of some of the water sports, Brazil’s political and economic uncertainties, and organized crime and…the ongoing threat of violence.”

I learned long ago (though, I admit, it took some years after absorbing the lesson to practice it!) to be as bold with my confessions of error as I am with my professions of my (many!) opinions.

There were few to no troubles of a viral outbreak, athletes falling ill from the pollution, political and economic upheavals, or a spike in crime (save one glaring case of American swimmers, exhibiting, I think, a reckless spirit of entitlement [is there any other kind?], fabricating a tale of being robbed at gunpoint by Brazilian officials).

I was wrong about Rio!

Bolt by the numbers… 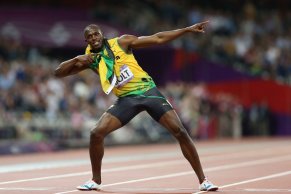 Usain St. Leo Bolt of Jamaica, the first man to hold both the 100 and 200 meter world records since fully automatic timing for races became mandatory in 1977, is our day’s premier sprinter.

4: the number of years between each Olympic Games

40: the approximate number (on the high side) of seconds every 4 years Usain Bolt runs in Olympic finals![2]

[1] Including 86,400 seconds to account for the extra day in the quadrennial leap year.

The summer version of the Olympic Games, that centuries-old quadrennial gathering of athletes and, in the modern era, globally from scores of nations, has begun – Rio 2016, officially, the Games of the XXXI Olympiad.

For as long as I can recall I’ve loved sports.

My father and I were fans (fanatics!) of the St. Louis baseball Cardinals. Ken Boyer, Lou Brock, Bob Gibson, Curt Flood, Julian Javier, Tim Carver, and Bill White, among others, were my heroes. I was a St. Louis basketball Hawks enthusiast (until the team moved to Atlanta in 1968!). I also followed the St. Louis football Cardinals, though they were a mid-level team in accomplishment. (They also left town, in the late 1980s moving to Phoenix.)

A chubby child, encouraged by my parents to develop “the life of the mind,” I was not a good athlete. Somewhere during my senior high school year, I discovered I had better than modest speed. I could keep up with most and outrun many. During my college years, I realized my affection for basketball as a player. During the summers, I honed my initially mediocre, then moderate skills on my old elementary schoolyard until I could more than hold my own in my college’s intramural league.

Long retired as an active participant, I’ve retained my love of sports as a spectator. And I’ve always watched the Olympics. This time, no, I won’t. Yes, I will await each day’s news reports of outcomes, yet I won’t watch.

Perhaps it’s this year’s presidential election cycle, which has riveted my attention and, with its thrills and spills, exhausted my energies and patience. More, doubtless, it is my sense of a decay of Olympic proportions. The difficulties are many and varied. The widespread and unchecked, perhaps, in truth, not wholly detectable, thus, ungovernable use of performance enhancing drugs. The bribery, both alleged and demonstrated, of international officials in the process of the rewarding of the Games. In this immediate case, Rio de Janeiro faces nearly innumerable troubles, among them, the outbreak of the Zika virus, the polluted Guanabara Bay, the site of some of the water sports, Brazil’s political and economic uncertainties, and organized crime and, especially concerning narcotics trafficking, the ongoing threat of violence. The term “a perfect storm” of disaster and images of the biblical plagues of Egypt come to mind.

Three Latin words comprise the Olympics motto – citius, altius, fortius (faster, higher, stronger) – expressing, I think, not only athletic ambitions, but also ethical aspirations. If I was of a cynical disposition, I might make ironic light of these virtues, attributing them to chemically-enhanced performance. But I’m less scornful and more sad. So, again, this time ‘round, I won’t, can’t watch.